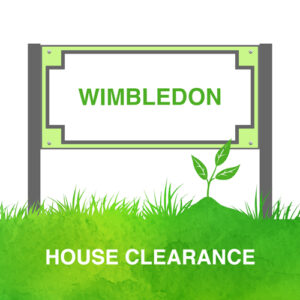 Wimbledon, World famous for its Tennis Tournament, Which is once a year bringing people from all over the world to Wimbledon to watch the Tennis Finals.

Wimbledon Common with its beautiful scenery and its wild heathland. It has a long history. The Common is roughly 346 hectares making one of the largest expanses of heathland in London.

With most of it designated to be “area of scientific interest”. In 1864 Earl Spencer tried to get Parliament to allow him to enclose the Common for his own personal use. This was refused. The Common is home to The Royal Scottish Golf Club. There are even remains of Roman presence on the Common.

Wimbledon, home to the UK’s first Buddist Temple with its splendid ornamental gardens.

Visit the quaint High Street with its chocolate box shops and nearby Riding Stables and you would never think you are in London, but in the countryside. Down the hill is Wimbledon Town with its Railway Station and Underground, further along, are the two theatres, Wimbledon Theatre and the Polka Theatre.

We have for many years been doing House Clearance Wimbledon SW20. One of the clearances we did recently for a local Estate Agent involved the clearance, Probate Valuation, Cleaning the house, and making it ready for sale. Taking some of the contents to Auction for the Client. The house just of The Ridgway was a four-story house. The client asked us to do the Probate Valuation first as this was needed for HMRC. This was accepted and we got the all-clear to start on the house. The Team got started. First, the loft, which was full of items from old books, furniture to military uniforms. They then worked their way down the floors salvaging what they could, thus trying to reduce landfill and seeing what can be recycled. The house was a Hoarders paradise. Every room was filled with items, three generations had lived in this house. The house clearance took two days to do that was the volume, Six men worked tirelessly. The contents were split up by us, items to be recycled, Collectables, and antiques for auction. Good for the client giving them a return from the auction sale. The Cleaning team got stuck in. The house within hours was looking spick and span. The woodwork, doors got wiped down. Cupboards cleaned in and out, floors swept, carpets vacuumed, windows cleaned and then the garden got a tidy up and sheds swept. The client was over the moon that this was done on time and impressed with the results. The customer was happy and we were happy about a job well done.

Manor Clearance got called to a house clearance, which was more of a bungalow than the house. The house was due for demolition as developers had bought the property and the adjoining property with a view to building flats there. The client asked us to clear the house and remove all the fittings that could be saved as they wanted to use them in the new property they had bought. The bungalow had six bedrooms and two lounges, a large property. Once again the lads got stuck in and in no time the property was cleared. The things the client wanted to be saved were put it storage and delivered to the new property at a later date.

Contact a member of our team for advice and a quote.